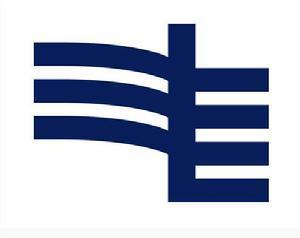 On May 7, Wang Jiuling, deputy general manager of China Southern Power Grid Corporation, accompanied by the mayor Zhou Jue, led the team to Guangxi Baise to investigate the supply and use of electricity in the aluminum industry and the construction of Baise City's power grid.

At the forum, Zhou Jude expressed warm welcome and thanks for the arrival of the deputy general manager Wang Jiuling on behalf of the municipal party committee and the municipal government. Zhou Jue said that Baise is a new type of industrial city featuring the development of bauxite resources. In July 2011, the National Development and Reform Commission approved the establishment of the Baise Eco-Aluminum Industry Demonstration Base in Guangxi Province, which provided a major development opportunity for Baise to become a bigger and stronger aluminum industry. At present, Baise has formed an annual production capacity of 8.4 million tons of aluminum oxide, 820,000 tons of electrolytic aluminum, and 1.2 million tons of aluminum processing capacity, forming three large aluminum aluminum products led by Pingguo Aluminum, Debao Huayin Aluminum, and Jingxi Xinfa Aluminum. The production base, as well as the aluminum supporting base of Tiandong Jinsheng Chemical Co., Ltd. and strong carbon.

Zhou Jue said that Baise ecological aluminum industry can not develop without electricity support. According to the work plan of the National Development and Reform Commission and the regional party committee and government, by 2015, Baise will achieve an annual output of 10 million tons of alumina, 3.2 million tons of aluminum water, 3.2 million tons of aluminum, and 150 billion yuan of aluminum industry output value. By that time, the annual electricity consumption of electrolytic aluminum and alumina will total about 40 billion kilowatt-hours, and the electricity consumption of the entire society will reach 50 billion kilowatt-hours. Zhou Jude hoped that China Southern Power Grid will continue to vigorously support the development of the Baise Revolutionary Old Area, scientifically plan the power grid, increase investment, accelerate the pace of construction, and give policy and investment incentives.