Assume that there is a long-term love relationship between Japan and humanoid robots. This love is so strong that they are willing to accept these seemingly weird and flawed robots as long as they do not change.

Your first reaction may be "What about that?"

What I want to say is that the Japanese people's preference for these "bizarre" robots allows us to see the future - not only the future of Japan, but probably the future of the world, including the cities where you live. 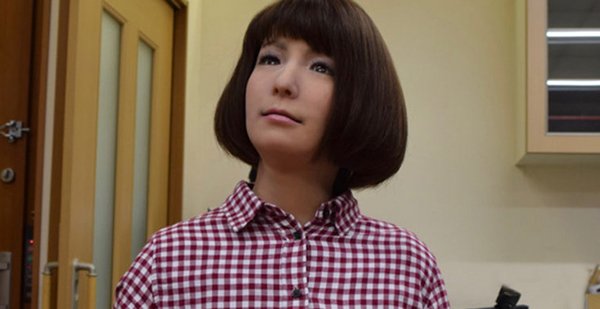 What is the reason that attracts people to pay attention to these strange robots in Japan?

This involves the "Terrorist Valley" theory, which is the hypothesis that Japanese robotics expert Mori Masahiro proposed in 1969: When robots and humans look like 95%, humans will have a positive feeling for robots.

The higher the degree of simulation of the robot. The more people feel good. When there is more than one critical point, the goodwill will abruptly decrease. The more people like it, the more they will feel fearful until the bottom. However, when the robot's appearance, movements, and human similarity continue to rise, human's emotional reactions to them will also become positive.

This valley is called the horror valley.

In other words, we will have more empathy and compassion for the Aibo robot dog than the Pepper and ASIMO robots, which are closer to humans, until more humanized and more human-like robots.

This is where I think things are beginning to become interesting. We also don't know what type of robot belongs to the horror valley, and Japan's answer is different from other countries.

Finding the answer requires starting with several modern Japanese robots. One is a Toshiba Aiko Chihira robot who serves as a receptionist in the Tokyo department store. 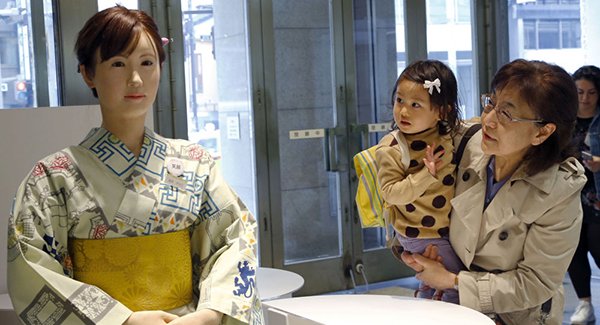 The other is Dr. Matsumoto Yoshio of the Japan Institute of Industrial Technology and the team he developed. They conducted a test to place the Actroid F robot (known as the sexiest, most lifelike robot) in the doctor's office and encourage patients who are in consultation. The results show that when robots cohabitate with them, patients usually think their doctors are more compassionate and less nervous.

If you live outside of Japan, your reaction to the above robots (on average) may be 'they look a bit weird'. The reason may be cultural differences and religious differences between Japan and other countries. Photographer Luisa Whitton explored Japanâ€™s robot world in her project â€œWhat About the Heart?â€.

As part of the project, she spoke with Japanese scientists who are studying robots about Japanese perceptions of robots. One of them is Professor Asada of Osaka University. He said:

In Buddhism or Shintoism, everything has spirituality, including machines. The machine was not created for conquest. We can treat the machine as a partner or family member. We are just thinking how we can make a partner.

The article published by the famous journalist Henry Scott Scotts in the New York Times in 1982 explains this phenomenon in Japanese society. He described Japan's new industrial robots as being first blessed by Shinto shrine officials, and then the employees will begin to send applause, welcoming the â€œnew membersâ€ of their team. Usually, at the beginning of the working day, workers will say "ohayo gozaimasu (good morning) to the robot."

Can you imagine the 1982 GM and Ford plant scenes like this?

These differences are reflected in modern media. After the war in Japan, Astro Boy, who was brave and righteous and helpful, recognized the robot, and the Western world saw the confrontation between the Terminator Arnold Schwarzenegger and the evil robot.

So how does science see the love between Japan and robots (including the strange ones)?

Although the research on the horror valley has been constantly increasing in recent years, there is still not much difference in the cultural and social imprint of the robot in people's perception.

At the same time, there is no clear scientific conclusion that can explain which robots belong to the horror valley and which do not belong to the horror valley. Many studies on this area have drawn different conclusions. Some people think that culture has a great influence. Japan likes robots more than other countries in the world. Some people said that compared with other countries, there is not much difference in Japanese robot acceptance and love.

But one thing that most studies agree with is that the degree of contact with robots will greatly influence peopleâ€™s perception of robots, and Japanese people are usually exposed to more robots than the rest of the world.

5. Differences between the West and Japan

I think the reason why Japanese people generally accept robots is that there are many robots that they can access, including the strange ones.

I live in Tokyo and I see more robots than most people, not to mention various automated systems. I am not bragging, but this shows that the Japanese are more likely to develop a robotic system that can help.

Although it is difficult to say whether the Japanese will look at robots more actively, it is an undeniable fact that Japan is busy deploying robots for various tasks. In fact, this is an initiative that the Japanese government believes will help revitalize the Japanese economy.

Robots have been used for healthcare and elderly care. An interesting phenomenon is that older people are usually reluctant to disturb busy staff, but they are sometimes happy to use robots as chat objects.

I think that older people in western countries do not like to let machines enter their lives. For example, Panasonic designed a pet robot many years ago to measure the temperature of elderly people. The Westerners' response was 'We don't like robots to measure and run!'; while the older Japanese people say 'Oh, this is cute', so in Japan, our ageing society is more likely to accept robots.

Japan is aging rapidly, but it is also true in many parts of the world. The term "elderly burden" has implications for most politicians, just as "bubbles" are for Silicon Valley investors.

Many countries are about to usher in a shortage of workers, which will affect many areas, including health care and the elderly.

When confronted with robots or interacting with robots in other ways, most westerners nowadays may respond with â€œrunâ€.

However, if this reaction has largely affected peopleâ€™s perception of â€œwhich kind of robot belongs to the horror valleyâ€, then I think we can draw several conclusions from it.

First of all, if the horror trough depends on history and culture, as well as the level of exposure, then we know that these are all variables, history will move forward, and culture will change, and as more and more robots emerge, we will eventually reach out to More robots.

Second, it does not mean that Japanese people like bizarre robots. They are trying to integrate robots into all aspects of society. Most cultures are not willing to have such things in their own society. Part of the reason why this process will be so smooth is that the Japanese are accustomed to robots and have more positive opinions on robots.

The results show that the love of robots is actually related to your level of contact. Once you get in touch with them and gradually understand them, you will find that they are really not at all surprised.