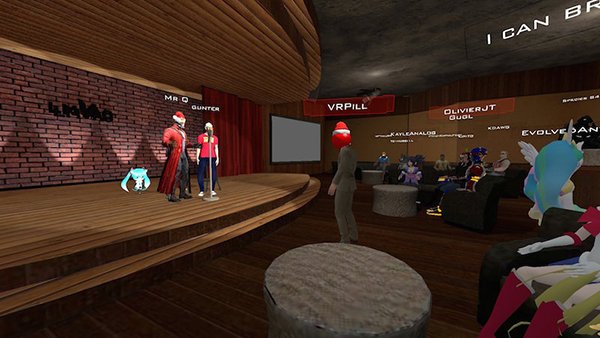 VRChat said that the funds will be conducive to the expansion of the platform. Graham Gaylor, founder and CEO of VRChat, said: â€œWe provide users with an application that has an infinite social VR experience. We give users the ability to create their own social VR experiences, and they can freely and easily create their own avatars and worlds. , language chat and games, and explore with friends. We are working hard to build this platform, this financing will help us achieve our goals faster."

Joel Breton, vice president of global VR content at HTC, said: "To invest in VRChat, let us further look forward to our ultimate goal: to bring VR into the lives of people all over the world so that they can immerse themselves in VR social networking in a way that triggers imagination. And change the world."

There have been many virtual reality social applications similar to VRChat. AltSpaceVR, vTime, Oculus Social, and myVR have been reported by Xiaobian. However, virtual reality is still a stage of exploration, and opportunities and competition coexist.