At present, the smart rearview mirrors on the market have independent operating systems and independent running space. Users can install programs such as software, games, navigation and other third-party service providers, and can implement wireless networks through WIFI or mobile communication networks. Access, at the same time can provide voice control, navigation, speeding reminders, driving records, GPS positioning, electronic speed reminder, reversing visual, real-time online audio-visual and other audio and video entertainment and other safety and entertainment functions when driving a car.

Smart rearview mirrors are new recorders in the form of rearview mirrors that have emerged in the past two years. The development of short-term and rapid development, such as small ants, ruts, and Zhixing Changlian, have launched their own OBD functional intelligence. Sight glass, using OBD standard interface to take power, obtain data, and realize parking monitoring function. At the 2016 International Automotive Electronics Refit Exhibition, 85% of the area is intelligent rearview mirror products. Black technologies such as ADAS, front and rear double recording, intelligent voice, and gesture control are integrated into the smart rearview mirror, which becomes the perfect intelligent robot form in the car. 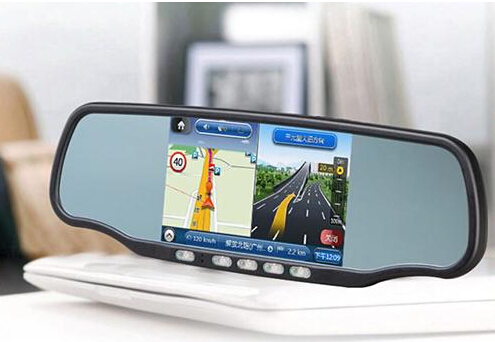 1. Driving record, the smart rearview mirror uses the built-in camera or the installed camera to record the front and rear images of the vehicle in the middle of the journey, and automatically recirculates it in the storage device of the smart mirror.

3. Reversing the car, the rear view mirror reversing view mode is more secure than watching the car car screen. After installing the reversing camera, the smart rearview mirror can display the image behind the car when reversing.

6. Based on the support of the network voice command library, the operating system in the smart rearview mirror can accurately resolve the user voice command and respond to realize the intelligent voice dialogue between the person and the car. Ability to recognize voices such as "call a call, open an app, play music, voice chat".

Here are some of the design solutions for automotive smart rearview mirrors from Toshiba, Texas Instruments, and Spreadtrum.

This reference design is an example of the application of the SimpleLinkTM Bluetooth low energy CC2541 wireless microcontroller to automotive rearview mirror applications. The circuit board includes a CC2541 control DRV8801 to control the rearview mirror folding motor, control DRV8802 to control the rearview mirror to adjust the motor up and down, and control the TPS1H100 to control the defogging heater power supply, that is, after the user can download through the smart phone App The action command of the mirror is given to the CC2541 BLE chip, and then the CC2541 transmits the command to the function chip such as DRV8801/DRV8802/TPS1H100, and the chip is then activated according to the operating conditions set by the user. 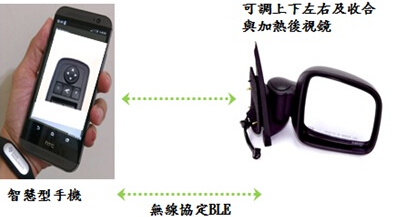 (4) Defogging function is responsible for TPS1H100

(5) Old models only need to replace the rear view mirror with electric control function and complete the power wiring to increase this function.

(6) CC2541 controls the DRV8802 according to the APP command to adjust the up, down, left, and right of the rearview mirror

On the basis of not affecting the basic functions, the vehicle rearview mirror has added vehicle functions such as driving record, electronic dog, navigation and rear view, and it is easy to install. It does not need to change the original car audio and video equipment, and will not change the original car style. It has the characteristics of convenient installation, strong versatility, convenient upgrade and strong extension. This is also the reason why car rearview mirrors have been hot in recent years.

The car rearview mirror is about to become the new darling of the future car market. The World Peace Group has also joined forces with IDH to launch the rearview mirror based on the Spreadtrum SC7731. 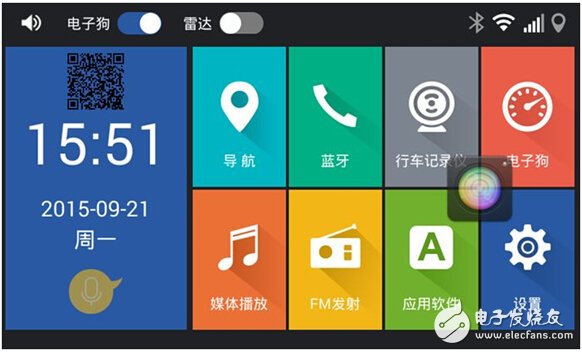 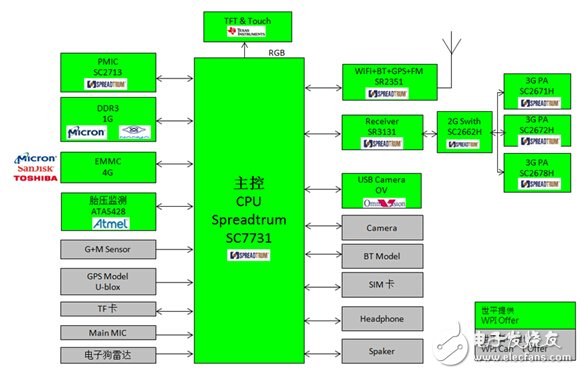 WeChat parking monitoring, monitor your car online from time to time, you can record and take pictures

Location track WeChat can be checked at any time

ARM Cortex A7 4-core processor with frequency up to 1.4GHz

In recent years, driving safety has received more and more attention from the people of the country. Toshiba has also provided ICs and integrated circuits for driving safety assistance systems in this area.

With its excellent image processing effect, TMPV7502XBG can provide detection and identification of pedestrians or moving objects on the road. With its low power consumption and small package, TMPV7502XBG is very suitable for smart rearview mirrors and intelligent reflection. Mirror application.