Since Apple introduced the iPhone in 2007, the industry has clearly moved toward the trend and application of mobile Internet. Tablet shipments have surpassed NB, but growth momentum has gradually slowed down; smart phones and emerging wearable devices are still the focus of the market; Based on the operating strategy and revenue model, the platform industry determines the key to whether it can continue to exert its industrial influence in the wave of Internet mobility and Internet of Things. 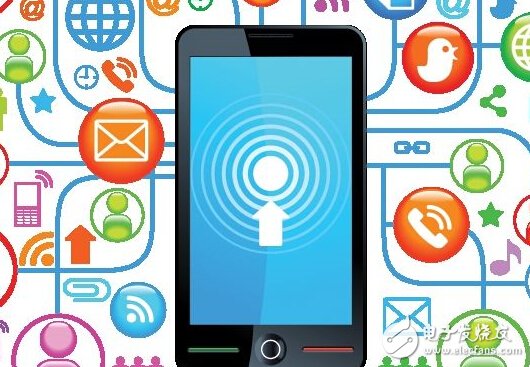 From the iPhone, iPad set off a wave of intense mobile networking

Jian Peiping, director and senior analyst of DIGITIMES Research Center, pointed out that in the past few years, the mobile Internet (mobile Internet) device and industry development, Apple can launch the iPhone in 2007, this smart phone for traditional mobile phones and PC / NB competition; to 2010 iPad After the launch, the second wave of tablet and the competition between the notebooks.

From 3G to 4G LTE mobile communications to the rise of China's white-plated tablets and mobile phones, the entire industry has undergone more dramatic changes.

DIGITIMES Research estimates that in 2013, global tablet shipments reached 234 million units, surpassing the NB market and accounting for 20% of mobile devices. The mainstream status of 1.24 billion Smartphones is clear. As for the notebook, it will face competition from Intel's flat/notebook two-in-one device and 12-inch large screen tablet. In the future, mobile phones will become mobile computing centers, and the trend of tablet, notebook and keyboard will become possible around the mobile phone. However, smart phones will face large-screen Phablet tablet phones, ASUS Fonepad, mainland white cards and other phone-enabled phone tablets. competition.

From the top 20 mobile device brands in the world, in addition to Samsung, Apple, Lenovo, Sony and other large manufacturers, the Lushang brand has occupied 9, Huawei (Huawei) has seized the sixth, Taiwanese companies only ASUS, HTC and Acer, which accounted for the 11th, 14th and 15th respectively; at the same time, Taiwanese companies have lost their NB, Tablet or Smartphone share, and only have the ability to defend the NB field, but under the trend of deformed flat and flat panels, Operating pressure is even greater.

Jian Peiping pointed out that the NB+Tablet shipments ranged from 73.64 million in Q1/2012 to 97.64 million in Q4/2013, and the annual growth rate of the tablet was only 12.1%. Growth has slowed down; while NB's share has declined from 40 to 66%, and since the second half of 2013, the growth of NB shipments of major players has relied on low-priced models.

She also pointed out two thresholds for the Detachable 2-in-1 deformation flat: 5 million units were broken in 2014, and 10 million units were further crossed in 2015. The key lies in the price and appearance size. Kind, and whether brand manufacturers other than double A are actively invested.

According to the global brand tablet shipment forecast from 2012 to 2014, the first Apple and the second Samsung scored one by one, and the third and the fifth ASUS shipped 10 million units; Amazon, the 7th Acer is flat, the 4th Google, the 8th Microsoft and the 9th HP are in recession. In 2014, the Tablet market will focus on the top 3 hardware brands.

In addition to Lenovo, Lenovo has the third place in the smart phone segment. The 6th Huawei has the opportunity to fight in the top 5; the domestic and overseas shipments from mainland China increased from 23 million in 2010 to 405.1 million in 2014. Xiaomi Technology (MI) has become the first brand in mainland China with its unique marketing model of online sales. It has also prompted ASUS, Huawei, Coolpad, and ZTE to create sub-brands to focus on online channels, but limited by physical distribution channels. Factors are not effective.

Jian Peiping pointed out that the 2014 wearable industry will lead the third wave of mobile Internet market reorganization together with the IoT IoT device. The wearable device is a personal Internet of YOU. The industrial value lies in services such as seamless convergence, self-tracking, environmental integration, personal data analysis and prediction.

The key to the success of the wearable industry is: 1. Business model: like service design, paying consumers for services, and service and hardware subsidy mechanisms. 2. Establish personal connections: from device function and appearance, brand value and image, to marketing and channel design. She believes that wearable devices such as Google Glass and Wear, Apple expects iWatch launched in 2014, and other vertically integrated applications will help the entire wearable industry to bridge the gap.

In terms of operational strategy, Amazon = Google+Apple+WalMart, pushing Google, its own Android platform (Amazone.com) and related devices (such as Smart TV, Smartphone), which are highly correlated with online shopping, etc. Support the mobile device platform controlled by his factory, spread the platform with its own application or digital content market.

The Google strategy is to cheapen the links that cannot be dominated, to flexibly adjust the strategy of its own brand devices, to open up the participation of hardware brands, and to subsidize the hardware or channel operators to drive down sales. At present, Google's mobile phone and tablet market share is high, and the notebook, wearable device, home automation control and robot parts are still low.

After acquiring the Nokia mobile phone business, Microsoft took Devices and Studios as its core business, and the other three engineering departments supported and backed up. As Nokia still launches the Nokia X series mobile phone with Android OS, the search engine Bing and Here map services are still licensed to other Android device manufacturers, and the Office Mobile mobile version of Office is licensed to the Apple iPhone and other iOS platforms, so that the Microsoft mobile device and service layout is presented. Contradictory and conflicting phenomena.

Jian Peiping concluded that service and transformation of mobile devices is the focus of Microsoft's new strategy development, while Google and Amazon still focus on online advertising and online retail; the proportion of hardware revenue and private brand shipments are still the highest among Microsoft, followed by Amazon. Google is the lowest; Google is the leader in wearable devices, Amazon is dominated by smart phones, and Microsoft's mobile platform is lagging behind and its share is low, which will affect its layout of wearable devices.

Insulation Board works well as a flame barrier insulation in appliances and electronics, and provides long-term performance at temperatures exceeding 482Â°F (250Â°C).
Transformer Insulation meets the high performance insulation requirements for new high-temperature, liquid-filled distribution transformer designs. This innovative insulation offers excellent thermal stability, low moisture absorption, high thermal conductivity and long-term reliability. This low-density board insulation is available in a range of thicknesses.
The products are applied to various power distribution systems and their components such as transformers, switch cabinets, motors, etc. The company abides by the credibility of the first, quality first, continue to work hard on the development and research of insulating materials products, consolidate the market leading position, and bow to provide the best service to users.