At present, with the advancement of China's industrial upgrading, industrial intelligent robot technology has also become a focus of manufacturing upgrades. As the branch technology in the field of intelligent manufacturing, it has the biggest gap with foreign countries, but it is also the most basic and most tested overall industry. At the level, industrial intelligent robots should undoubtedly be the focus of the future of major robotics companies. The field of industrial robots, which shoulders the possibility of subverting traditional manufacturing, still faces the challenge of rapidly improving the quality and level of robots and competing with foreign companies. 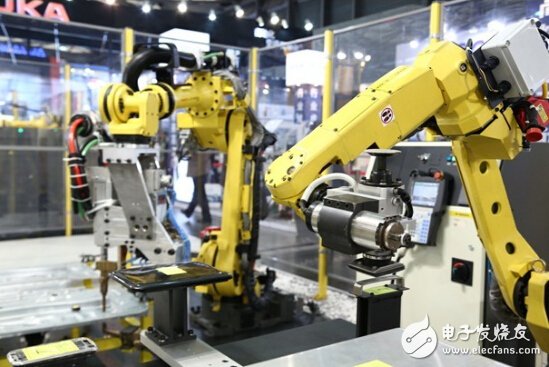 So, what is the current status of industrial robots that are so important to industrial upgrading in China?

Domestic industrial robot demand is skyrocketing, and large and small companies are rushing to the beach

According to data provided by the Russian Robot Society, from 2000 to 2015, the growth rate of China's industrial robot supply has reached 17%. The density of robots used in China has reached 49 per 10,000 people. According to the high-yield research data of industrial research institutions, the output value of domestic robots reached 1.64 billion yuan in 2015, and the demand in 2015 was 65,000 units. The market share increased to 15%, and the output value increased by 55%.

In the past two years, local governments have issued nearly 80 policies related to the development of the robot industry, and 42 robot-related industrial parks have been built or proposed nationwide. Since then, in 2016, China's robotics companies have blossomed everywhere. According to statistics, as of September, the number of enterprises related to the robot industry in China has increased to 4,325.

In fact, in the field of robot manufacturing, China is in a state of â€œneither big nor strongâ€. As early as 2013, China has become the world's largest industrial robot market. In 2014, sales reached 57,000 units, a year-on-year increase of 56%, accounting for 1/4 of global sales, up 55% year-on-year, and the number of possessions increased to 190,000 units.

The types of domestic robots are mainly low-end robots such as handling and palletizing. The application fields are mostly in the fields of home appliances and basic manufacturing, and the added value is low. In 2015, although the demand for the Chinese robot market and the sales volume of domestic robot companies both increased, a considerable number of robot companies were at a loss. Therefore, China's own brand robots are at a disadvantage in terms of market share and technology. The entire robot industry is neither large nor strong.

However, in some areas, the system design and integration capabilities of Chinese robots are not bad. For example, the robot soccer team of the University of Science and Technology of China has won the ROBOCUP championship, and domestic companies can also develop some high-end industrial and medical robots. In terms of military robots, China's military and civilian industries are completely two lines from research and development, production to market sales, and military products are not subject to patent restrictions. Therefore, Chinese military robots are not inferior to the United States in local areas.

As China's economy enters a new normal, some traditional advantages are gradually lost. It is imperative to carry out structural reforms on the supply side and promote economic restructuring. Relevant industry experts believe that vigorously researching and developing industrial robots is the key to China's economy, especially the transformation and upgrading of manufacturing industry. However, China's industrial robots and manufacturing industry are still facing many difficulties in interactive development, and many measures need to be taken to solve them. Industrial robots have great strategic significance and are a necessary path for further upgrading of Chinese manufacturing.

The reason is that on the one hand, the total working-age population in China has declined since 2012, and it has decreased by several million per year. Labor costs have risen rapidly, and the â€œdemographic dividendâ€ has been greatly reduced. Many manufacturing companies have moved their factories to Southeast Asia and other labor-intensive areas, and "machine substitution" provides an important way to solve this problem.