The fiery heat of LED commercial lighting has stimulated the conservative and conservative attitude of traditional commercial enterprises, and all the big ones have invested in plus LEDs. On November 12th, the companyâ€™s boss, NVC Lighting, released more than 300 new LED products in more than 100 varieties in 6 series, and promised to invest one-tenth of the proceeds from the listing, that is, HK$160 million for LEDs. Production and research and development. Just a few days ago, Zhejiang Sunshine Lighting announced that it will invest 1 billion yuan in LED lighting projects in the next three years...

Traditional business photos have the channel advantages and brand advantages that other LED companies can't match. The smooth channels can quickly bring products to market. The brand advantage gathered in the business field will greatly promote market recognition. In the commercial lighting field, the traditional customer base can quickly occupy the market.

Wu Changjiang, chairman of NVC Lighting, said that the change in attitude of NVC Lighting is based on the judgment that "the timing of LED development has matured." Regardless of whether this judgment is correct or not, after all, the LED market chaos is a fact that cannot be concealed. From the perspective of the enterprise itself, to successfully enter the LED industry, we must first solve three major problems, namely technology, cost and consumer concept.

Compared with traditional lighting, LED lighting with rich color and strong layering has an absolute advantage in the expression of the environment, which can provide a dazzling image display effect for commercial lighting. However, LED commercial lighting is still plagued by technical bottlenecks such as heat dissipation, light decay, color temperature, and color rendering index.

This time, NVC Lighting has launched more than 100 varieties, which is equivalent to nearly one-fifth of the more than 500 varieties launched in 2010. Gao Xiang, manager of NVC Lighting Product Planning Department, proudly told the Gaogong LED reporter: "The total development time of this batch of products is only about half a year!" The speed is so staggering. However, industry insiders told reporters that this is just a smoke bomb for NVC, and most of the products are OEMs.

Traditional enterprises have strong capital and brand advantages, and quickly enter and rush to the LED lighting market. The lack of technology and products. The use of OEM OEM production is undoubtedly a good weapon to quickly enter the market.

Many industry insiders told reporters that the LED lighting industry is a mixed bag. The country has not yet developed the LED industry standard into a national standard, and the simplest basis for judging whether an LED is qualified is whether it can be exported.

Wu Changjiang revealed that NVC did not get the certification of the US Energy Star, and NVC tentatively set the market for LED products in the Chinese market.

Shi Weili pointed out: "The export of LED products to foreign countries will encounter patent problems and standard certification issues, but it is not easy to pass foreign certification. For the domestic market, everyone is closely watching the domestic policy of energy saving and emission reduction. subsidy."

Traditional commercial lighting companies are rushing into the LED industry because of the high added value of LED products. Deng Bin told reporters: "Ordinary fluorescent lamps earn a few dollars even if their profits double, but the price of LED itself is expensive. Even if the gross profit margin is low, the profits are still relatively high. For example, how about selling a few thousand dollars for a mobile phone? It is also more profitable than selling hundreds of pieces." At present, the gross profit margin of LED products is maintained at around 20-30%.

For the LED commercial lighting market, Shi Weili's biggest feeling is that "the market has not really got up, but the price war has started." He told reporters that a one-meter-two T8 tube, some sell one hundred, some sell two hundred, the price difference is doubled, the quality is very different. A good chip is a four cents, a general chip is a hairy one; a transparent PC, an ordinary four or five dollars, a good twelve or three. In general, customers prefer cheaper products, but after using them for a period of time, they will lower their expectations for LED products, thus hindering the development of the LED lighting market.

For NVCâ€™s launch of LED new products, Shi Weili, chairman of Dalian Jiujiu Optoelectronics, expressed his concern to the reporter: â€œThe channel is not difficult for NVC, but there may be some problems in quality control. NVC is now In terms of quantity, the price will pay attention to the cost problem, but if the LED is too costly, it will be as bad as selling lamps in Zhongshan."

Non-replaceable LED lamps into the next target

The development of any new thing, including the need to replace the original things, will take some time, but the trend is inevitable. "Customers need a certain transition to accept new things, and the technology and standards of LED itself need to be improved." Deng Bin told reporters.

LEDs have been sought after for their energy saving, health and environmental protection, but the price of more than ten times that of ordinary light sources has discouraged consumers. "Consumers only pay attention to the immediate interests, a few dollars of energy-saving lamps still need state subsidies to promote, not to mention more than ten times its LED lights." Wu Changjiang is very helpless.

"Technically speaking, there is a mature part, but some still need to be upgraded." Shi Weili told reporters. Dalian Jiujiu Optoelectronics provided LED lighting products for the renovation of the traditional Shangri-La Hotel in the world. The LED lighting products are mainly used in guest rooms and corridors, but in the hotel conference rooms, it is still not a substitute for the original traditional light source.

An industry insider pointed out to reporters that LED commercial lighting is still being processed in some traditional way, that is, some replacement of the original light source. However, the future development is certainly like the traditional lighting, which requires a certain amount of light distribution, and requires certain development in terms of power supply reliability.

In terms of sales channels, the promotion of LED commercial lighting mainly relies on the traditional commercial lighting channel mode of the enterprise, but unlike traditional commercial lighting, LED commercial lighting is mostly positioned for high-end customers and high-end engineering, so LED needs an independent sales model. Which model is suitable and which model is successful, the enterprise is in a state of exploration. At present, the main sales model is to strive for quality distributors, operation centers, agency systems, and branch offices. Many companies have also strengthened their in-depth cooperation with designers and design institutes. Designers are also more inclined to choose LEDs when manipulating some large design projects.

Heavy weight belting products are available in multiple widths and styles. Most of the heavy weight fabrics are heavily coated with PTFE to ensure consistent and reliable release performance. Besides that, its outstanding performance in wear resistance, coefficient of friction and compression strength make it suitable for diverse applications as polymer casting, lamination, composite manufacturing, rubber curing. 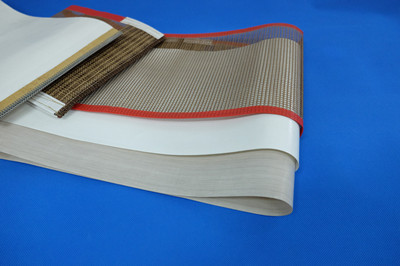