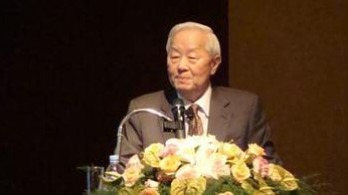 TSMC yesterday hosted the Twelfth "Supply Chain Management Forum" and invited 450 global suppliers of semiconductor equipment, raw materials, packaging, testing and factory services. Zhang Zhongmou proposes the concept of "Great Alliance," and emphasizes that through active efforts of all, it will surely create a situation of innovation and win-win situation.

Zhang Zhongmou stated that TSMCâ€™s revenue will grow by 19% this year, and next year it will also grow by a percentage of 15%. TSMC's performance can grow year by year, mainly with the IC design company to fully grasp the timing, including the first wave of personal computers in the 1980s, the second wave of mobile phones, and current mobile device killer application products.