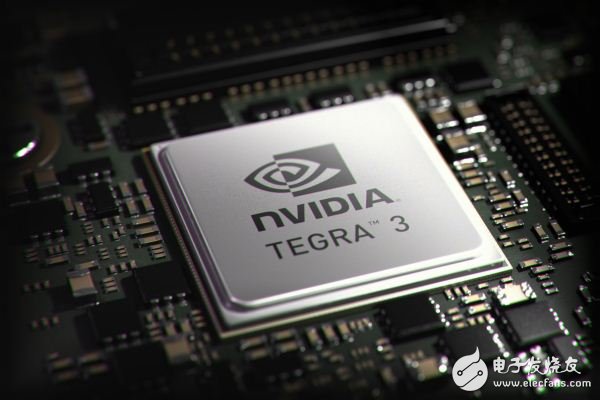 In fact, Qualcomm, MediaTek and ST-Ericsson have always regarded the integrated design of applications and baseband chips as their core competitiveness. Among them, Qualcomm has the fastest and comprehensive layout. According to Xu Hanzhou â€™s analysis, Qualcomm â€™s first quad-core processor to integrate the LTE Cat.4 baseband chip solution. In addition to having entered multiple Phablet supply chains, by introducing 7.1 channels, 4K & TImes; 2K display and 802.11ac networking functions It is expected to attack the market of tablets and anamorphic laptops that value multimedia playback and streaming experience. In addition, Qualcomm also uses a lower-standard quad-core integrated SoC to lay out a low-cost smart phone public board.

Xu Hanzhou emphasized that as the Tegra 4i upgrades the 28-nanometer (nm) high dielectric constant metal gate (HKMG) process and uses the 4 + 1 Cortex-A9 architecture of the previous generation Tegra 3, it saves a lot of design, verification and mass production The cost, which can improve the cost performance of the chip, helps NVIDIA sprint the market penetration of low-end mobile phones.

As for Renesas Mobile, it is betting on the recent design of large and small core SoCs, developing a quad-core Cortex-A15 plus A7, and integrating the LTE Cat. 4 modem integrated solution-MP6530, competing for Phablet market pie. According to Shinichi Yoshioka, senior executive vice president and chief operating officer of Renesas Mobile, mobile devices are increasingly demanding chip performance, driving chipmakers to invest in the development of highly integrated solutions; in response to this trend, the company has combined its own LTE technology with ARM â€™s big.LITTLE design architecture, upgrade communication functions and extend the endurance of the device, in order to stimulate the purchase intention of mobile phone factories.

In addition to Renesas Mobile and NVIDIA, Marvell and Broadcom are also developing 4G integrated SoCs at full speed, which will pose a great threat to Qualcomm in the future. Xu Hanzhou pointed out that both Marvell and Broadcom already have four-core 3G integrated SoC technology, and plan to launch LTE baseband processors this year; once the new products of the two major manufacturers are successfully launched, in addition to helping to narrow the competition gap with Qualcomm, It will also compress the living space of second-tier chip vendors and affect the change in the chip market ranking.

Xu Hanzhou also mentioned that Intel (Intel) also frequently launched mobile phone chip offensives at this year's CES and MWC, and it is expected that mass production of 2 watt (W) quad-core Atom SoCs will be mass-produced around Christmas 2013 . Due to Intel â€™s advantages in manufacturing process, CPU performance and memory bandwidth, coupled with recent breakthroughs in low-power design and LTE technology, the future competitiveness in the mobile market should not be underestimated.

Rectifier Diode A semiconductor device used to convert alternating current into direct current. The most important characteristic of a diode is its unidirectional conductivity. In the circuit, current can only flow from the positive pole of the diode and the negative pole flows out. Usually it contains a PN junction with two terminals, positive and negative. Its structure is shown in the figure. The carriers in the P region are holes, and the carriers in the N region are electrons, forming a certain barrier in the P region and the N region. When the applied voltage makes the P region positive with respect to the N region, the barrier is lowered, and the storage carriers are generated near the two sides of the barrier, which can pass a large current and have a low voltage drop (typically 0.7V), which is called positive. Wizard status. If the opposite voltage is applied, the barrier is increased to withstand a high reverse voltage, and a small reverse current (called reverse leakage current) is called a reverse blocking state. The rectifier diode has significant unidirectional conductivity. The rectifier diode can be fabricated from materials such as semiconductor germanium or silicon. The silicon rectifier diode has a high breakdown voltage, a small reverse leakage current, and good high temperature performance. Usually high-voltage and high-power rectifier diodes are made of high-purity single crystal silicon (it is easy to reverse breakdown when doping more). This device has a large junction area and can pass a large current (up to thousands of amps), but the operating frequency is not high, generally below several tens of kilohertz. Rectifier diodes are mainly used in various low-frequency half-wave rectification circuits. If full-wave rectification is required, they must be connected to a Rectifier Bridge.