Some media reports recently that the US cable company Comcast has released its own service, and Xfinity broadband users can purchase streaming services for only 15 dollars.

The wind was always blown away by wind and rain. Since CATV took over the banner from the ground wireless broadcasting, shouldering the heavy responsibility of spreading television programs, it has passed 43 years since 1972, and by 2015, 450 million households in mainland China. In the family, 250 million households are connected by wire, and the rest 200 million households are covered by terrestrial wireless and direct broadcast stars. In densely populated urban towns and cities, cable television is used, and in small and sparsely populated mountain villages and towns, Only ground wireless or live stars can be used. 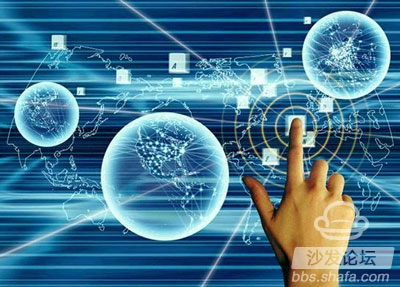 Forty-three years later, with a flick of the fingers, today's cable television has come to an end, and feng shui turns, and today it reaches broadband homes. The data shows that by the second quarter of 2015, there are more than 205 million broadband subscribers. It is estimated that it will soon reach the same scale of cable TV. After the cord-cutting tide begins, even though broadband below 4M still accounts for 40-50% of the total, it cannot carry video services. Most of the cable TVs can still be retained, although high-end users do not care about it each year. At that point, cable TV's basic viewing and maintenance costs, but Pan Jun (12) of the mid-range players will basically begin to select one, cable television or broadband, but in fact there is no election. The answer is broadband, broadband, and broadband.

Even if cable TV is lucky enough to be retained, its frequency of use and importance has given way to broadband. Broadband has become the main force of home entertainment, and then through the home smart gateway to connect home smart TVs, computers, mobile phones, PAD and XBOX, cable TV service is one of CP. Is this what cable companies want? Obviously not, but I saw some cable companies are still talking about their own "DVB + OTT", the author can not help but shake his head sigh.

Comcast is the largest cable TV company in the United States. It is also the second largest broadband service provider. Second only to ATT's telecommunication broadband, it is also the third largest telephone service provider in the United States. Cable TV companies not only do cable TV services, but also do broadband services. And voice services, this is China's original intention to engage in triple play, the reason is very simple, wired network, has its own physical network, basic network and backbone, and access network network.

Once this network was only used to transmit broadcast programs on television stations, this resource was obviously wasted. Why would there be "virtual operators" because they had no basic network and could only rent and wholesale the networks of the telecom operators? Go back to packaging and retail yourself.

can? Is this in line with the regulations of the Directorate of State? ! What many Internet companies can do is not necessarily a cable company. Mechanisms, incentives and talents, and even withdrawals, are not the same measure.

Can't you? Did you send an eunuch to your girlfriend? Will such box users accept? Is this the OTT he wants?

How to do? Separately, applications and transmissions are separated, carried and provided separately.

Broadband is the basis of OTT transmission. The premise for users to use OTT is broadband in the home. That is, the 205 million broadband home is the target user of OTT. Whether the user buys a copycat box or not, whichever one buys is the intelligence of the user. The television, even if the user is not brushing the box sent by the licensee, the user must first have a broadband at home. As long as I can provide broadband to users, I don't care which OTT he uses.

You know, OTT and video sites are not user loyalty. Don't think to send a box to the user. He is your user. Users change boxes and throw boxes faster than changing faces and turning books, even if they throw old ones. There will be a steady stream of boxes sent by licensees, operators and service providers. This is the root cause of the lack of loyalty. 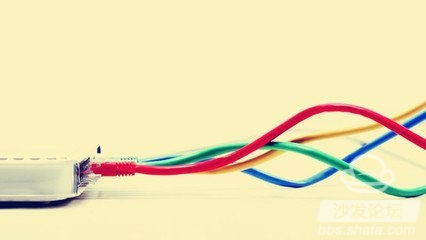 Do not you see, some smart box manufacturers have not made the box, began to add a screen to the box, make a TV, the TV is large, throwing up and strenuous, so the user will retain a period of time, which won the traffic entrance and first This is the essence of internet thinking. I tear me away.

what? Want cable companies to do broadband? This is the Red Sea, ah, in front of Telecom, China Unicom blocking the road, followed by mobile, Dr. Peng, Founder and other pursuers, as well as the development of wired broadband space? In fact, this red is far from the box market, broadband or telecommunications Unicom monopolized the backbone of the market, in the access network level, only wholesalers and retailers with the same platform torn and competition.

Before Lei Jun made the Xiaomi mobile phone, the mobile phone market also became the Red Sea. Before UBER was doing the black car, the taxi market was also franchised, and red and not red. In fact, as a local cable leader, the first thing to change is the concept. The concept remains unchanged, and change is also ambiguous.

Comcast dared to revolutionize the United States, swept the low-end user market, the first is that he has his own broadband, he is also using his own broadband, from high-priced cable TV packages, Streaming services to low-cost, no matter how you choose? You are my user.

Broadband, wide, not just the world, but also the heart!


This content is copyrighted exclusively by SofaNet. Welcome manufacturers to further exchanges and cooperation with us to create more in-depth product reports.

Metal Film Resistor is Film resistor (Film Resistors) of a kind.It is the high temperature vacuum coating technology will be closely attached to the porcelain nickel chromium alloy or similar bar surface skin membrane, after debugging cutting resistance, in order to achieve the final requirements precision resistance, then add appropriate joint cutting, and on its surface coated with epoxy resin sealing protection.As it is a lead resistance, it is convenient for manual installation and maintenance, and is used in most household appliances, communications, instruments and instruments.