When watching the Harry Potter movies, the dynamic newspapers that are displayed dynamically may have impressed many people. In one respect, this can also be counted as a flexible display screen. How good this magic comes true!

With the rapid development of science and technology in recent years, the ever-changing electronic intelligent products, from mobile phones and tablets to watches and glasses, are constantly refreshing people's eyes and appearances, and bring new feelings to users. . However, the only thing that has not changed is the glass screen that touches the hard state. The development of flexible display technologies such as the newly emerging wallpaper-type OLED (organic light-emitting diode) display panel and "green" flexible electronic paper makes us feel the flexible electronic age. It is at your fingertips.

Is there an OLED display panel that can be easily attached to the wall like paper, and then can be removed and used?

According to a recent report by the physicist organization network, South Korea's LG Display Company released a new fashion item in Seoul, a thin OLED panel with a thickness of 0.97 mm, a length of 55 inches and a body weight of 1.9 kg. When in use, it can be easily mounted to the wall by a magnetic pad. If you are not satisfied with the position of the display, you can take the adjustment position at any time. 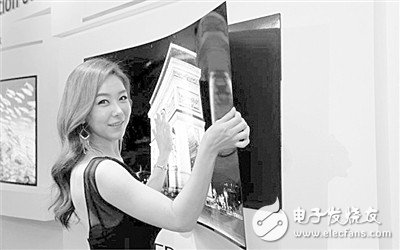 In contrast, the existing 55-inch OLED panel of LG Display is 4.3 mm thick. The insiders commented: "The advantage of the new product is that it increases the possibilities of large-screen placement and is easily bent into the living room."

Driven by the e-book terminal market, e-paper has found momentum for development. Experts engaged in technology research and development have long predicted the advent of the flexible electronics era. Researchers have been working hard to achieve compliance in many respects, but many products rely on petroleum-based plastics and toxic substances. Thanks to the maturity of flexible substrate technology, the large-scale practical use of flexible display devices is not far away. On this basis, researchers have sought to develop flexible environmentally friendly electronic paper.

According to the "Daily Telegraph" recently reported, through a simple suction filtration method, scientists have for the first time developed a light-emitting, transparent and flexible environmentally-friendly electronic paper material, which has made the flexible electronic products take a new step.

The product is a thin, clear nanocellulose made from wood flour, on which researchers inject biocompatible quantum dots, small semiconductor crystals made of zinc and selenium. This paper illuminates at room temperature and can be rolled up to unfold without cracking.

The findings were published in the latest issue of the American Chemical Society's "ACS Applied Materials" magazine.

A bendable, collapsible phone seems to be a product that will only be seen in some sci-fi movies, but this is not something that will come out in the future. In fact, technical engineers have been working on flexible screens for many years. Even earlier, some international manufacturers once released concept maps, which surprised many mobile phone users.

In fact, as early as 2011 at CES (International Consumer Electronics Show), Samsung introduced flexible screen technology, and even at the time there were rumors that the technology would be used on Samsung GALAXY S3 and GALAXY Note II. But this time Samsung's Youm flexible display panel technology is more mature, to produce a display that can be bent, twisted and folded. In addition, at CES 2013, Sharp also brought a 3.4-inch flexible flexible OLED screen, and international giant Intel also joined PlasTIc Logic to display a flexible screen tablet. 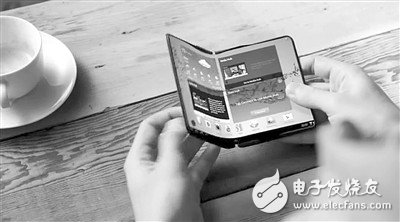 However, the true flexible mobile phone will not be realized in the short term, but the â€œscheduledâ€ flexible screen mobile phone is still expected to be introduced to the market. For example, Samsungâ€™s right side of the screen displayed at CES 2013 has a certain downward direction. The tilt angle OLED screen prototype does not require special design except for the rest of the screen.

Assist in the development of wearable devices

In the future, flexible display materials will meet the needs of wearable devices for on-screen display with the advantages of flexible, ultra-thin design, ultra-low power consumption, durability and portability. 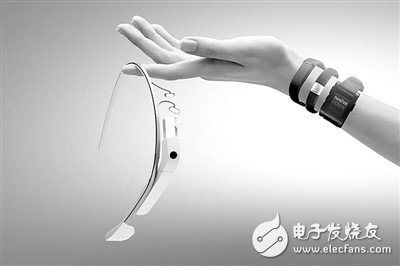 Wearable devices represented by Google Glass, smart watches and health surveillance wristbands will become the â€œfourth platformâ€ after TV, computer and mobile phones. It is expected that wearable devices will be the next explosive growth point after smartphones. .

When Apple, Google, Microsoft, Amazon and Facebook are competing to enter the wearable device field, and the background data and front-end detection transmission are more complete, wearable devices will become mainstream. According to the latest statistics, consumers are twice as likely to click and share content on their mobile devices as desktop computers. As social networks become more important, the amount of data available for sharing has exploded.

The mainstream applications of wearable devices include infotainment and social sharing, medical and health monitoring, military and industrial applications. Currently, wearable devices are mostly in the form of portable accessories with some computing functions, which can be connected to mobile phones and various terminals. Product forms include wrist-supported watches; foot-supported footwear, including shoes, socks, or other leg-wearing products; head-supported eyewear, including glasses, helmets, and headbands, etc. As well as various non-mainstream products such as smart clothing, school bags, crutches, and accessories.