Industrial robot is a multi-functional, multi-degree-of-freedom mechatronics automatic mechanical equipment and system that can complete certain operational tasks in the manufacturing process through repeated programming and automatic control. It can be combined with a manufacturing host or a production line to form a single or multiple machines. Machine automation system, in the unattended, to achieve a variety of production operations such as handling, welding, assembly and spraying.

First, industrial robots are divided into four types according to the movement of the arm:

1. The right-angled coordinate arm can move along three orthogonal coordinates;

2. The cylindrical coordinate type arm can be used for lifting, turning and telescopic movement;

3. The spherical coordinate type of the arm can be rotated, pitched and telescoped;

Second, the control function of the industrial robot according to the movement of the actuator can be divided into points and continuous track type.

2, continuous track type can control the actuator to move according to a given trajectory, suitable for continuous welding and painting operations. 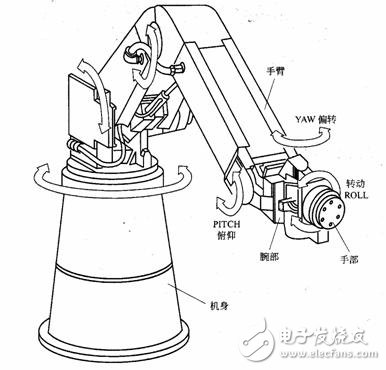 1. The programming input type is to transfer the programmed program files on the computer to the robot control cabinet through RS232 serial port or Ethernet communication.

2. There are two teaching methods for teaching input type:

One is that the operator uses a manual controller (teaching operation box) to transmit the command signal to the drive system, so that the actuator can perform the operation according to the required action sequence and motion trajectory;

The other is that the operator directly leads the actuator and performs it according to the required sequence of motions and motion trajectories. At the same time as the teaching process, the information of the working program is automatically stored in the program memory. When the robot automatically works, the control system detects the corresponding information from the program memory, and transmits the command signal to the drive mechanism, so that the actuator can reproduce the teaching. Various actions. The industrial robot that teaches the input program is called a teaching and reproducing industrial robot.

Industrial robots with tactile, force or simple vision can work in more complex environments; if they have recognition functions or further increase adaptive, self-learning functions, they become intelligent industrial robots. It can adapt to the environment according to the "macro" selection or self-programming given by people, and automatically complete more complicated work.

First, the characteristics of industrial robots

Industrial robot is a multi-functional, multi-degree-of-freedom mechatronics automatic mechanical equipment and system that can complete certain operational tasks in the manufacturing process through repeated programming and automatic control. It can be combined with a manufacturing host or a production line to form a single or multiple machines. Machine automation system, in the unattended, to achieve a variety of production operations such as handling, welding, assembly and spraying. As shown in the figure below is an industrial robot operating on the production line. At present, industrial robot technology and industry are developing rapidly and are increasingly used in production. It has become an important high-level automation equipment in modern manufacturing. 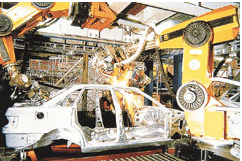 Second, the characteristics of industrial robots

1. Programmable. Further development of production automation is flexible automation. Industrial robots can be reprogrammed as their working environment changes. Therefore, it can play a very good role in flexible manufacturing processes with small batches and multiple varieties with balanced and high efficiency. It is an important part of flexible manufacturing systems (FMS). .

4. Mechatronics. Industrial robotics involves a wide range of disciplines, but it is a combination of mechanics and microelectronics â€“ mechatronics. The third generation of intelligent robots not only have various sensors for acquiring external environmental information, but also have artificial intelligence such as memory ability, language understanding ability, image recognition ability, reasoning and judgment ability, etc., all of which are applied to microelectronic technology, especially computer technology. The application is closely related. Therefore, the development of robotics will certainly drive the development of other technologies. The development and application level of robotics can also verify the development and level of a country's science and technology and industrial technology.

Third, the composition of industrial robots 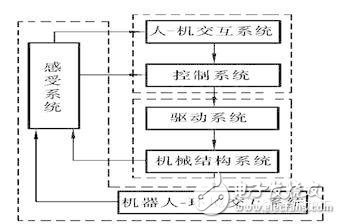 In order for the robot to operate, it is necessary to place the transmissions for each joint, that is, for each degree of freedom of movement. This is the drive system. The drive system can be a hydraulic drive, a pneumatic drive, an electric drive, or an integrated system that combines them; it can be driven directly or indirectly via mechanical transmissions such as timing belts, chains, trains, harmonic gears.

(1) Hand: Also known as the end effector or gripper, it is the part of the industrial robot that directly operates the target. Special tools such as welding torch, spray gun, electric drill and electric screw (female) can be installed on the hand. And so on.

(2) Wrist: The wrist is the part that connects the hand and the arm. The main function is to adjust the posture and orientation of the hand.

(4) Body: It is the supporting part of the robot. It has two types: fixed and mobile.

Zinc Rod high purity of over 99.995% was widely used in vacuum coating and other purposes.